The History of Music Festivals in the UK 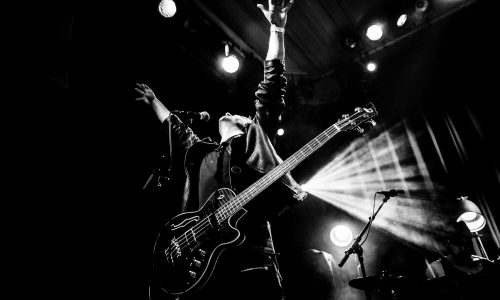 Think “indie” and you probably think of sneaker-clad kids with low-slung guitars, playing sunshiny pop that owes a debt of gratitude to the likes of Dick Dale and The Beach Boys. However, indie music started long before it hit the mainstream.

If you’re new to the whole indie world and its sub-genres, you might be asking yourself, “what is indie music?” Check out our guide to indie music to learn more about the most influential indie artists and the genre’s history. Discover how the music industry has developed to accept this all-encompassing music scene for what it is.

What Is Indie Music?

Trying to figure out what indie music is and pinning an exact sound on the genre is tricky. There are various categories of music housed under the indie umbrella, including indie pop, indie rock, indie folk and even indie hip-hop.

However, what binds them all together is that indie bands work with independent labels, such as Creation Records and Rough Trade. The benefits for bands starting out is that independent record labels tend to sign bands whose music they enjoy, rather than following the trends set by colossal music corporations and major labels. On top of that, indie labels are far less likely to try and mould a band’s music or style to fit current fads. In essence, an indie label will allow a band to find its own sound and make its own mark on the music scene.

The flip side is that indie labels don’t have as much financial clout as their bigger, corporate counterparts. Advances can be notably less, promotional campaigns smaller, and tours are often to more spit-and-sawdust venues. Despite this, there have been some outstanding indie music success stories, including the likes of The Strokes, Radiohead and Oasis.

When Did Indie Music Start?

Although it’s difficult to pin a specific date on the birth of indie music, it’s generally accepted that punk music had a lot to do with the birth of indie. In 1977, the Buzzcocks released a four-track EP in the form of Spiral Scratch. Originally, the plan was to see if they could sell 1 thousand copies. Demand was such that they had to arrange a second pressing of a further 15 thousand.

The success of the Buzzcocks’ outing kickstarted a host of independent start-ups, with labels such as Mute, Factory and Rough Trade gaining traction with music fans. Among the bands to sign with these new labels were Joy Division, Stiff Little Fingers and Depeche Mode.

However, it wasn’t until the synth-soaked sounds of the eighties that indie music really began to stake its claim.

What Is the Appeal of Indie Music?

As previously mentioned, indie music is defined by the independent record labels, which allow these indie bands the creative freedom to fully express themselves.

Indie artists are not restricted by mainstream topics and norms, meaning that authentic and heartfelt emotions can be expressed. This has long been the attraction of indie music, which continues to resonate with modern generations who are defined by their emotional awareness and expression.

In 1982, an 18-year-old Johnny Marr turned up at 23-year-old Steven Morrissey’s house in Manchester, with one mission in mind: to set up a band. After working with a changing line-up of bass players and drummers over the summer of that year, Morrissey and Marr finally clicked with Andy Rourke and Mike Joyce — and The Smiths was formed. The Smiths went on to become one of the most influential indie artists of all time.

During the early eighties, the New Romantic movement was in full bloom. Bands such as Duran Duran, Spandau Ballet and Classix Nouveau had commandeered the airwaves, complete with slick production values and a glamorous fashion scene that had evolved from clubwear. Even some of the veterans of the punk era jumped on the bandwagon, resulting in bands and artists — including Adam and the Ants, Toyah and Ultravox — changing their sound to fit the bill.

What set The Smiths apart was their refusal to be part of the mainstream. Morrissey flexed his lyrical muscles with all the acidic charm of the likes of Oscar Wilde and Jack Kerouac, while Marr’s jangling riffs and meandering guitar lines inspired a generation of kids to start learning their chords and scales.

With both of them fascinated by The New York Dolls and Patti Smith, Morrissey and Marr created songs that dealt with issues of boredom, alienation and frustration. While the bigger bands were singing about gold, wild boys and dandy highwaymen, The Smiths played songs such as “Heaven Knows I’m Miserable Now,” “Barbarism Begins at Home” and “How Soon is Now?”

Style-wise, The Smiths couldn’t be more different from the peacock-posturing of the New Romantics, preferring jeans and t-shirts to the outlandish costumes worn by their peers.

After a near-miss with Factory Records, The Smiths signed with Rough Trade, giving rise to one of the biggest indie bands in music history.

Indie Music in the Nineties

As the synthesisers and shoulder pads of the eighties began to lose their sheen, The Smiths had paved the way for alternative acts and indie labels to step up to the plate. Bands such as The Fall, The Happy Mondays and the Jesus and Mary Chain picked up where The Smiths left off and were ready to take the next decade by the horns.

However, just as indie music was getting into its stride in the UK, grunge hit our shores, spearheaded by Nirvana. Shortly after lead-singer Kurt Cobain took his life in ‘94, Britain’s flirtation with grunge ended as soon as it had started, and British music fans started looking to their own to fill the gap.

If The Smiths were the indie heroes of the eighties, then the mantle belongs to The Stone Roses in the nineties.

Like The Smiths, The Stone Roses were formed in Manchester. Comprising of Ian Brown, John Squire, Mani and Reni, they brought guitar music back to the fore, eschewing the fuzz-heavy riffs of grunge in favour of a lighter, brighter sound, tinged with melancholy. Their first album, Stone Roses, led them to play their legendary Spike Island gig in 1990 and put Manchester on the map as a musical melting-pot of talent and inspiration.

After their follow-up album, Second Coming, they’d made enough ripples in the charts to open the doors for other indie bands from all over the UK, such as Primal Scream, Northern Uproar, The Charlatans, and Supergrass. During this decade, indie music went mainstream and set the scene for the “Cool Britannia” era and the bands that fought the Britpop Battle.

Where Is Indie Music Now?

During the nineties, the ethos for indie bands seemed to be to pick a label and stick with it. The noughties have seen that flame flicker, with new bands using lesser labels as a stepping-stone to becoming major recording artists, managed by major corporations.

However, the indie spirit isn’t dead. Bands and artists such as Aitch, Chinatown Slalom and Just Mustard have diversified the genre and are blazing their own trails. Just like the indie bands of the eighties and nineties, they’re opting for a grass-roots approach to music rather than signing with the label that has the biggest wallet. Through them, the indie spirit is very much alive — a descendant of punk, with a more melodic approach.

Originally, indie artists struggled to find widespread appeal and commercial success. This almost niche genre had an ardent group of fans that were proud and protective over their favourite indie bands.

Fast forward to the third decade of the twenty-first century, and independent music has more than dipped its toe into the mainstream. Well-known commercial artists like Taylor Swift have transitioned into indie music with successful collaborations with less mainstream producers like Aaron Dessner from The National.

Bands like The 1975 and Imagine Dragons have taken over genres like indie-rock and introduced the newer generations to a more accessible form of indie music. While, artists like Billie Eilish have become juggernauts of the indie-pop genre, consistently selling out vast arena tours and even winning a record-breaking number of Grammys in 2020.

Been inspired by the indie bands in our post? Check out our collection of high-quality music posters and prints. Alternatively, let us know in the comments below which of the missing indie artists deserve a mention in our guide to indie music. 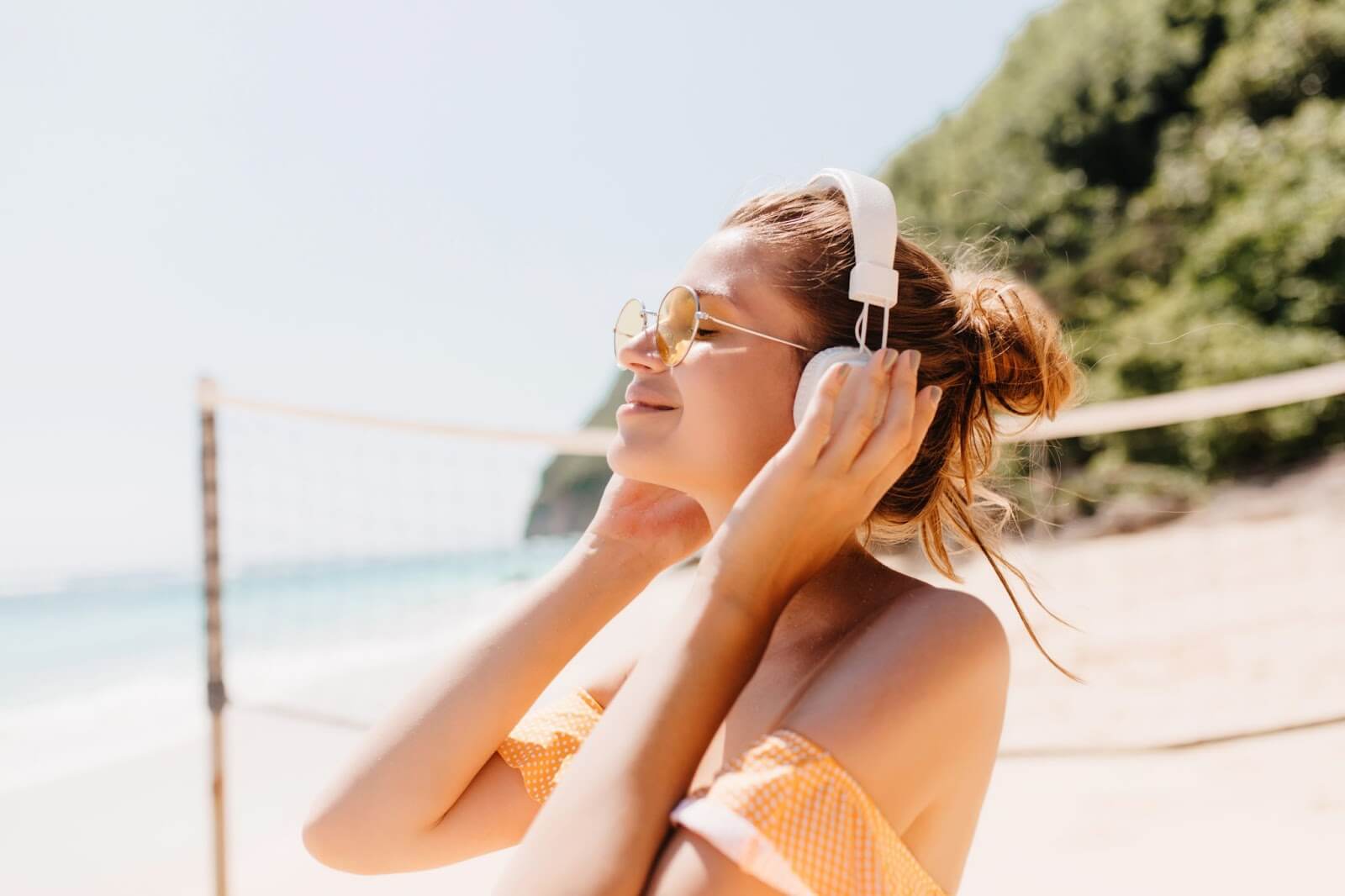