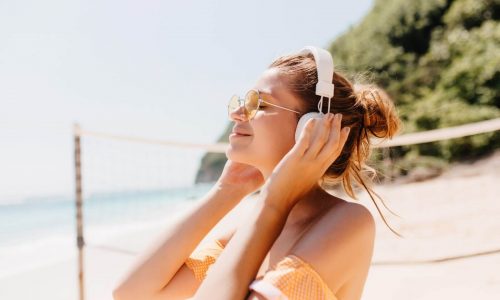 There is just something about the summer that hits differently. That sunny glow, the warm evenings and late nights all make those four months a special time of the year. What makes summer particularly special is the way a song or band can define a season. We all have those songs that transport us back to a wild night or a special place as soon as they come on the radio. Here at Burst Gallery we explore what we think might be the eight best summer rock songs.

As we enter the peak of summer, it feels as though, this year more than ever, we need more of those special memories, more of those wild nights and more of those songs that will take us back to the summer of 2021 with just the first couple of chords. Check out our best summer rock songs, explore their most iconic music photography prints, and maybe they can mean as much to you as they do to us.

The Beach Boys – Wouldn’t It Be Nice

There aren’t many more iconic bands than The Beach Boys. Their west coast origins and their upbeat sound make them a perfect band for the summer. Although they formed in 1961, their music has stood the test of time, and to this day, the instantly recognisable intro to Wouldn’t It Be Nice still gets the feet tapping and the summer memories flooding back.

So make new summer memories to this legendary song or pay homage to one of the most universally loved bands with one of our stylish prints.

Weezer – Island in the Sun

Another band from the west coast of America that defined a decade — Weezer had us all daydreaming about an Island In The Sun. Thanks to its upbeat sound, this gloriously catchy track became an instant hit, mixed with its melancholy lyrics.

This song made it onto Pitchfork’s list of the ‘greatest songs of the 2000s’ and is the perfect song to have on your holiday playlist of the best summer rock songs.

Bruce Springsteen – Dancing in the Dark

As with most of these songs, Dancing In the Dark has an instantly recognisable sound that can’t help but make you want to dance. This track channels everything great about music from the 80s and is the perfect feel-good song for those long summer drives or evenings at the beach.

There is no doubt that Bruce Springsteen is one of the greatest musicians we have seen. His success has spanned over six decades, and his songs could fill a list of the best summer rock songs by themselves. Why not show The Boss a bit of love with one of our high-quality prints and start your print collection.

Although this song was released back in 1979, AC/DC’s Highway to Hell is just as iconic now as ever. Undoubtedly one of the best summer rock songs, this legendary track, which gets its name from the band’s gruelling tour schedule that Angus Young used to refer to as the highway to hell, is all about the band’s life on the road.

Not only are AC/DC one of the best bands to come out of Australia, but their music provides the perfect summer soundtrack for those who like their hard rock.

The Libertines – Don’t Look Back into the Sun

As part of the garage rock revival, The Libertines became a hugely successful band from the UK, thanks to many wonderful hits. Their music brings out the rebellious youth in all of us and none more so than the iconic Don’t Look Back into the Sun. This track is easily one of the best summer rock songs of all time and should be played at every opportunity this summer.

If you want to celebrate one of our favourite frontman partnerships of all time, then why not check out our selection of stylish prints?

Another musical icon whose success has spanned six decades and brought us some of the most influential musicians of all time. It is difficult to decide what Bowie’s best track is, but it is hard to look past Starman. If you are looking for the best summer rock song,  This song came from one of our favourite albums – The Rise and Fall of Ziggy Stardust and The Spiders from Mars and was the birth of Bowie’s wonderfully flamboyant alter-ego Ziggy Stardust himself.

Do yourself a favour and give David Bowie a listen, because your summer deserves to be accompanied by such musical genius.

Straight from their first album, Hot Fuss, you could tell The Killers were destined for greatness from the minute you heard those heartbroken vocals from Brandon Flowers. Mr. Brightside was the first song the band wrote together and is riddled with emotion as it details the story of when Brandon Flowers found his girlfriend cheating on him.

Although the topic and the angsty lyrics don’t sound like a feel-good summer rock song, it has become a defiantly upbeat track that people relate to. Listen to Mr. Brightside and try and tell us that this isn’t one of the best summer rock songs ever.

Naive by The Kooks became a key part of the millennial soundtrack for everyone who grew up in the UK, and the track continues to be one of the best summer rock songs even today. Luke Pritchard’s mumbled vocals, and the band’s look of skinny jeans and unkempt hair oozes cool, and their music proved they had the talent to back it up.

Having formed in the sunny city of Brighton, their music has become known worldwide. If you had started to forget about the belter that is Naive, then now is the time to rediscover a classic and make it the soundtrack to your summer.

Here at Burst Gallery we believe you deserve to have a summer to remember. It is a time of year to emerge from your winter slumber, take some annual leave and turn up the volume on an unforgettable few months.

Fuel your passion for music by starting your rock music print collection. Here at Burst Gallery we have high-quality photography prints of over 700 bands and artists. 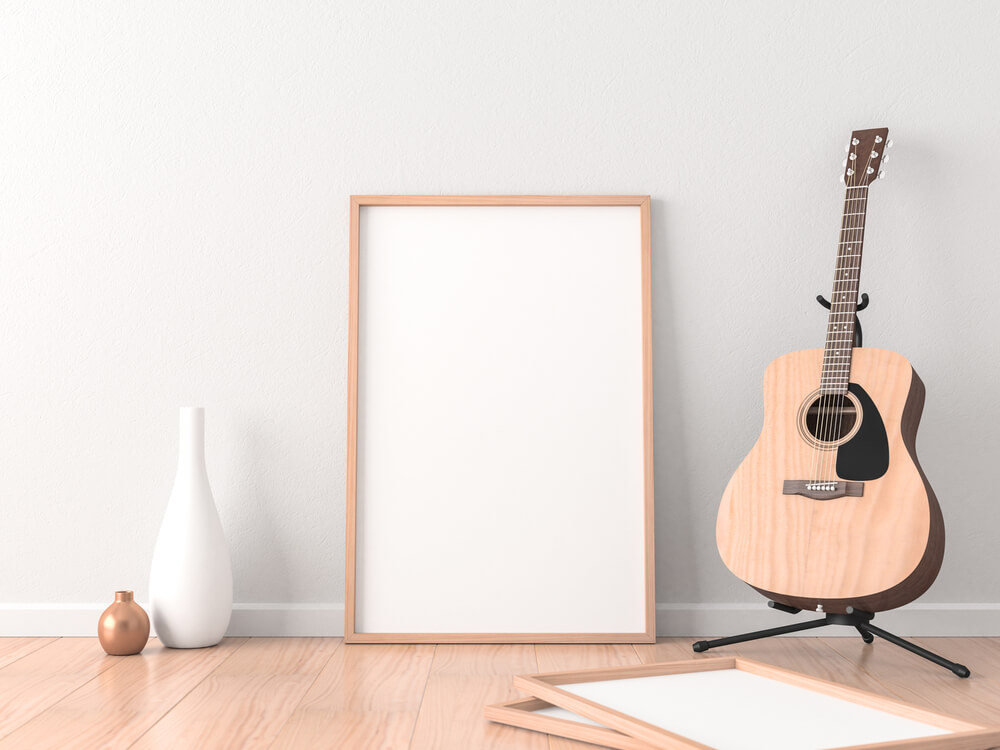 How to Hang Prints on Your Wall without Damage